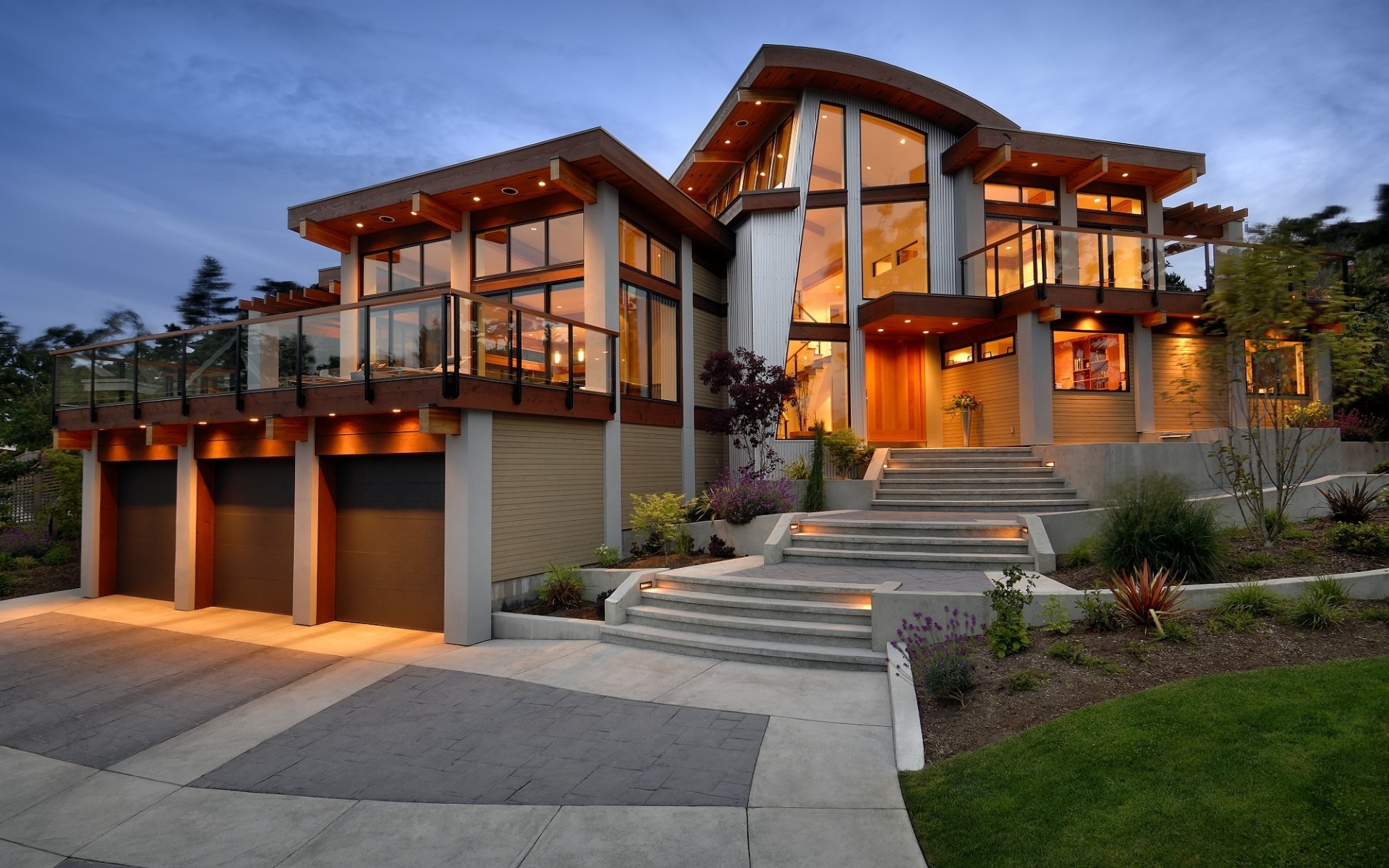 Linear relationships are some of the simplest possible connections between two variables — yet they show up surprisingly often in nature. If the mass of an object doubles, then the force of gravity on it doubles as well. If the current through a copper wire is halved, the voltage is halved as well.

Linear relationships are also relatively easy to see and characterize in data. Anyone can draw a line through points on a scatterplot. But how do we train a program to do the same?

While the footage a house spans is important to its price (mansions sell for far more than apartments), size isn’t everything. Two houses with the same square footage could have very different prices due to school zoning, amenities, and other factors. Thus, our model of house pricing will likely be highly predictive, but imperfect.

The housing dataset we use is a 200-house subset of data from the Kaggle housing competition. It is hosted in a CSV file on the course github.

We load the CSV in a new Python file using Pandas, then create a scatterplot using Seaborn. 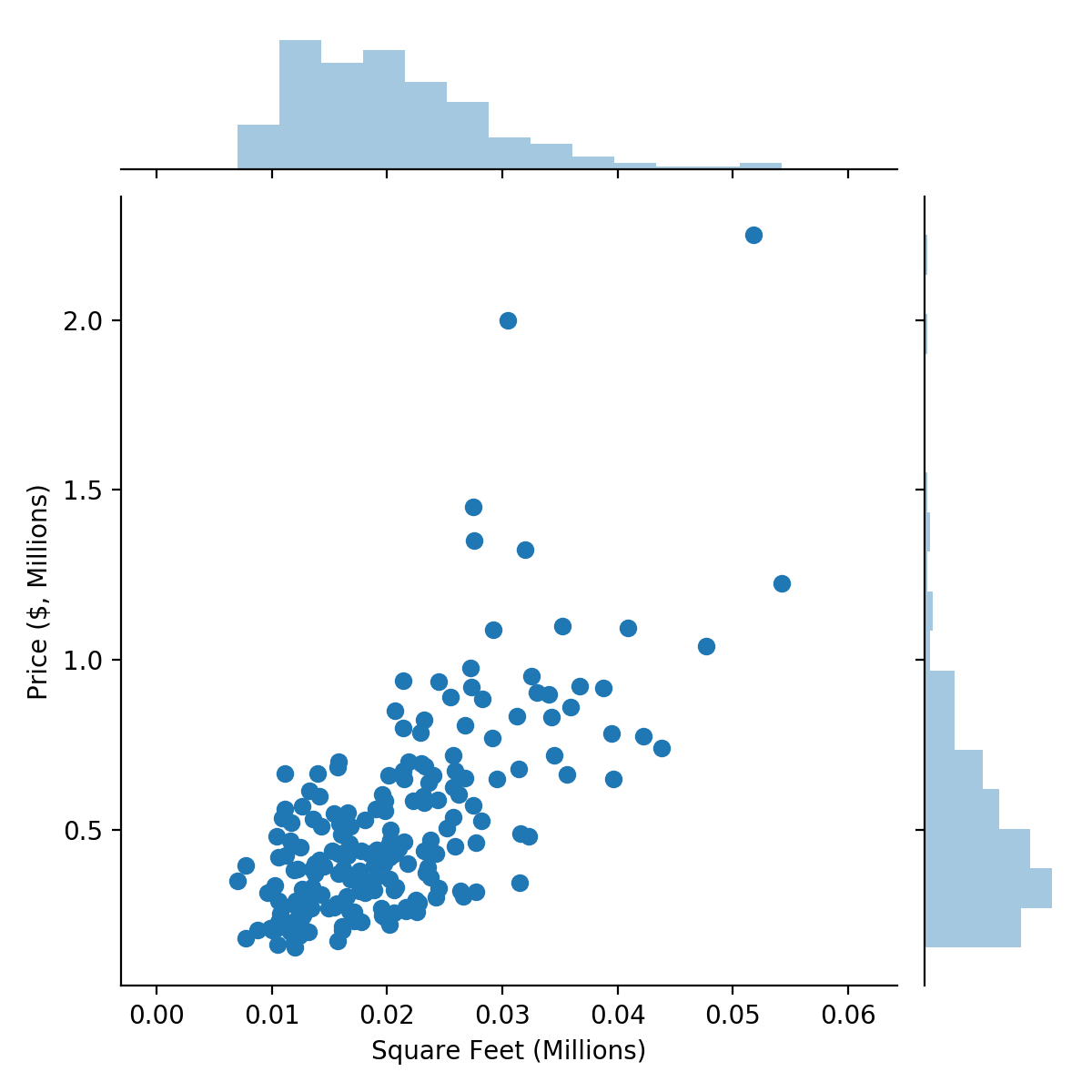 Now, we develop a linear model to predict house price from house area. We define:

Thus, the price of a house is equal to the area of the house, multiplied by a parameter $m$. For some ideal value of $m$, the resultant line should fit the data points well. We choose $m=1$ as a reasonable initial starting point, and we can find the best value of $m$ through learning.

This linear prediction is represented in a simple predict() function:

Squaring the differences between the actual value and the predicted value ensures that errors in either direction are penalized.

We can write a function evaluate() that computes this mean-squared error, comparing the predicted price for a given value of $M$ with the actual price.

We could find the optimal value of $m$ by trying all possible values (uniform search), like we did in Section 1.2. But we want the answers found to be accurate and fast — and uniform search necessarily sacrifices one of these constraints. After all, even testing all possible values of $m$ from 0–1, with precision to the fourth decimal place, involves trying 10,000 values!

Clearly, we need to try a different approach.

Imagine that you could visualize the loss function or loss landscape for this problem; i.e, the MSE error for every possible model configuration. It might look something like this: 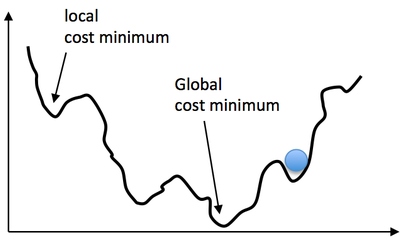 What you’d note is that, in general, the loss landscape tends to be “smooth” and decreasing until you get to the global cost minimum, which represents the optimal model with least error. There are some “bumps” or local minima that break the pattern, but these tend to be shallow and surpassable. If you rolled a ball down the “hill” that represents the error, the ball would probably end up at the global minimum. Not for certain. But probably.

This inspires an algorithm called gradient descent, in which, like a ball rolling down a hill, we update the model parameters to change in the steepest downhill direction of the error. This works whether there is only one parameter (like in this example, $m$) or when there are many parameters.

Multivariable gradient descent, with the two parameters bias and weight. Note how the ball always rolls in the steepest possible downhill direction, eventually arriving at a local (and hopefully global) minimum.

The initial guess for $m$ is 0, and it keeps on updating based on the gradient. $\alpha$ is the learning rate, and it affects how quickly $m$ changes. 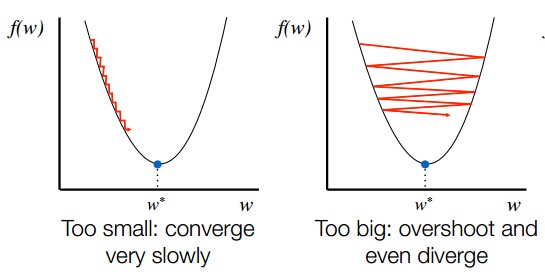 Not only is this much less computationally taxing, research has shown that the randomness involved in SGD allows it to converge and overcome local minima faster. 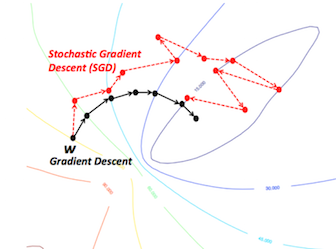 SGD in practice. Note how SGD is more “jerky” and random, but still converges to around the same place as vanilla gradient descent does.

To use stochastic gradient descent in our code, we first have to compute the derivative of the loss function with respect to a random sample. The math is shown below:

The per-sample loss is the squared difference between the predicted and actual values; thus, the derivative is easy to compute using the chain rule.

Now, we write a learn() function that chooses a random housing sample and modifies $m$ in the direction of that sample, returning the new (modified) value of $m$. We use a relatively small learning rate of $0.005$ to ensure convergence.

Lastly, we create a training loop that applies learn() $2000$ times and shows the convergence to the best value of $m$. Every 100 iterations, we print out the MSE loss, which should ideally decrease as the model becomes better at fitting the data.

Putting It All Together

We run the program, training it to predict house price given house area. It seems to converge on a final slope of around 24, no matter what the initial guess/value of M was. 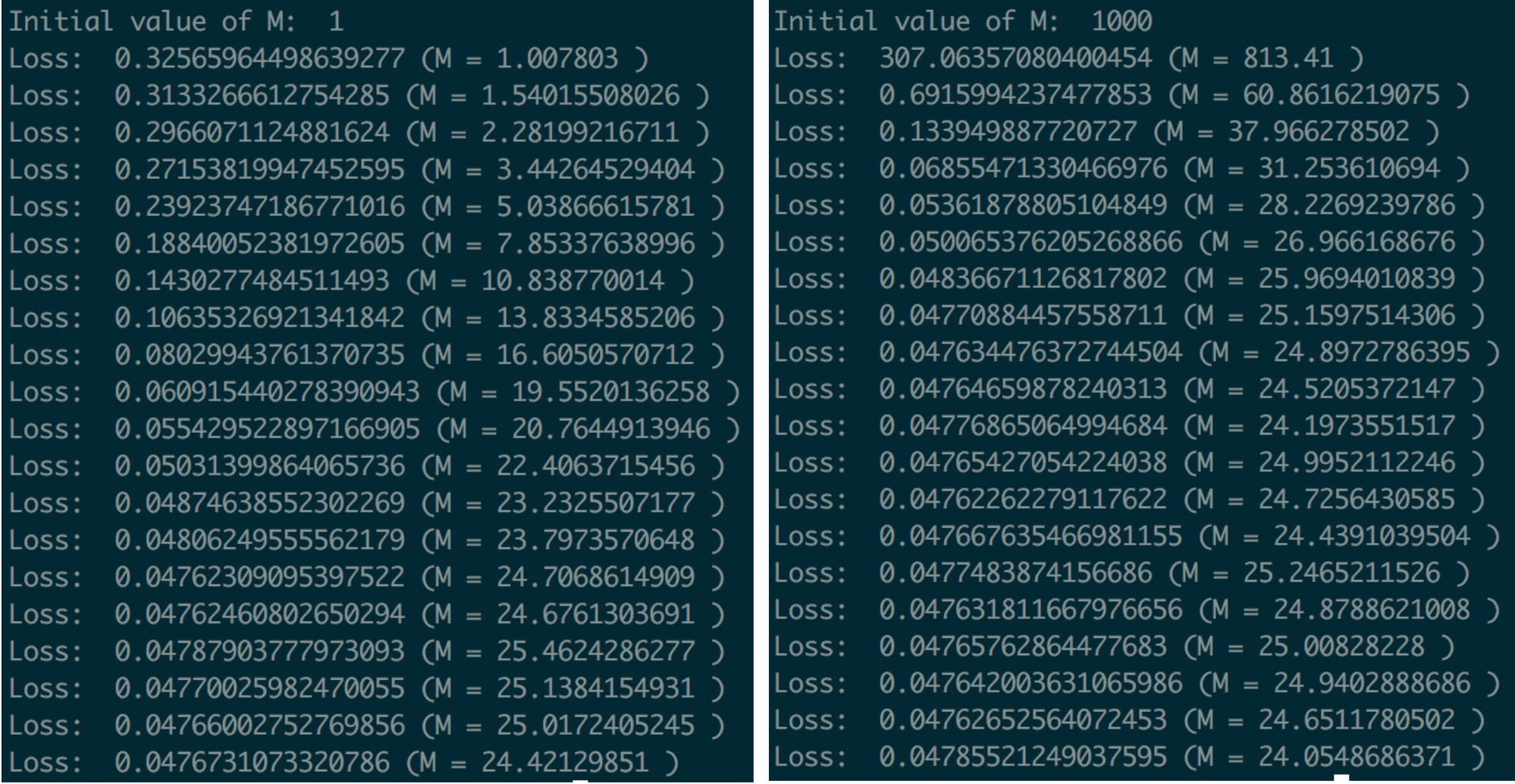 We compare our predicted value of $m$ to the true line-of-best-fit (linear regression can also be solved analytically to find an mathematically optimal solution). The line-of-best-fit also has an intercept term, so it doesn’t exactly match our solution, but it also achieves a slope of around 24. 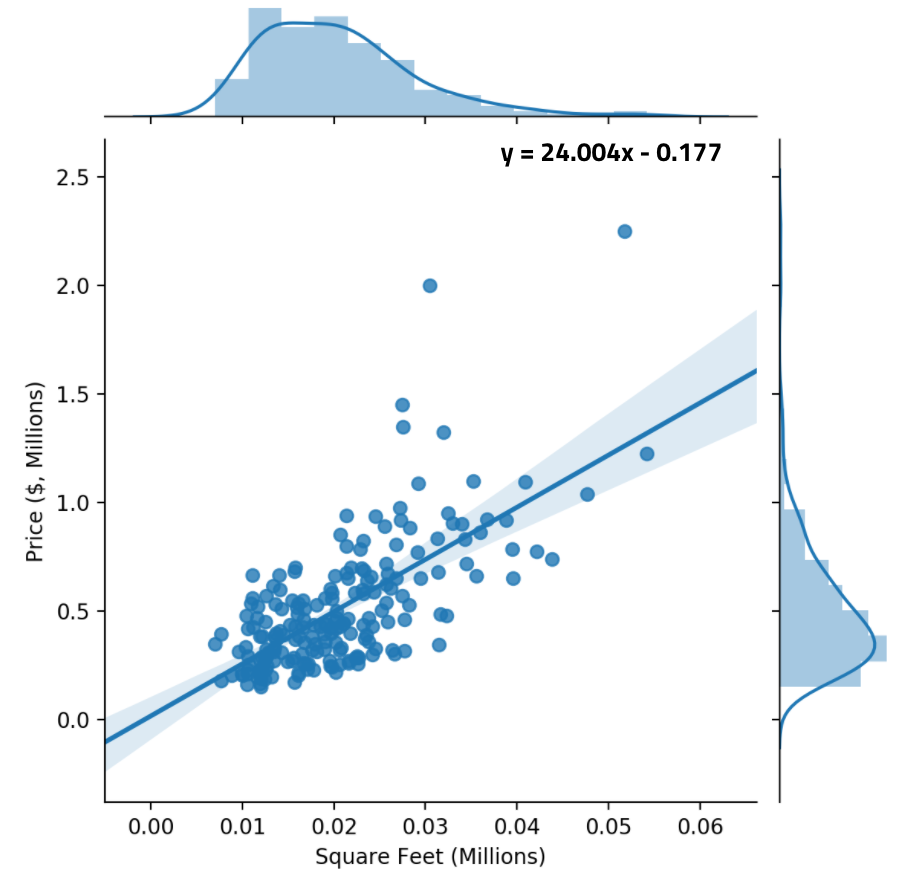